Proactive management is the key to recovering wildlife species. 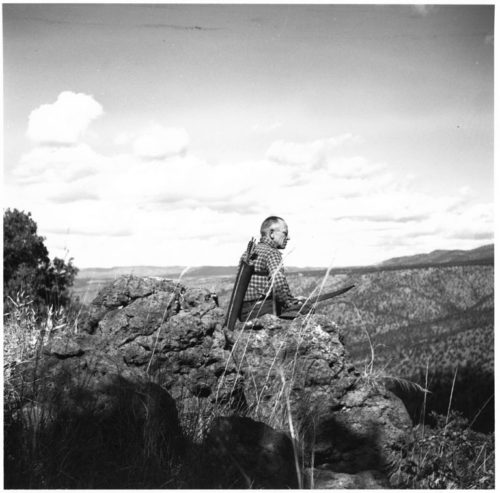 Aldo Leopold wrote, “The central thesis of game management is this:  game can be restored by the creative use of the same tools which have heretofore destroyed it–ax, plow, cow, fire, and gun…Management is their purposeful and continuing alignment.”
Moving beyond single-species focus, entire-ecosystem management allows for healthy populations of wildlife to thrive in modern environments.  Correct application of proven management tools and techniques can develop, maintain and manage healthy ecosystems.

Management tools should include:

Good conservation includes predator management. Send a message to our leaders supporting wolf delisting to let them know you have their back. Our automated system is simple, free and quick to use.

Recent news reports indicate that the Burmese Pythons are decimating wildlife in the Florida Everglades. Feral pigs have become problematic in Texas, California and across the Southeastern United States. The non-indigenous arctic fox nearly eradicated Alaska’s Aleutian Geese. Asian Carp, Cane Toads, and Brown Tree snakes are only a few examples of other non-indigenous species that have had a serious impact on wildlife.

There are important lessons to be learned from past and current experiences with invasive species. One of these lessons is that nature’s predators can and do cause substantial harm to ecosystems, including wild game species such as moose, elk, mule deer, quail, pheasant, water fowl and sage-grouse. Sportsmen understand that management is an important tool to maintain the balance of America’s wild game and predator populations.

Responsible predator management is an important component of maintaining balanced wildlife numbers. Impacts of unmanaged predation can be particularly detrimental for some species during periods of drought or during hard winters.

When years of litigation blocked wolf management, populations of moose, elk and other wildlife began crashing. Elk herds of 15,000 and 20,000 elk declined by 80-90%. Moose populations in Jackson, Wyoming and the entire state of Minnesota have also been dramatically reduced. Such population declines create unnecessary risks for indigenous wildlife populations. Trapping, hunting and professional predator management are important tools which can ensure that wild game populations remain balanced and sustainable for future generations.

Regulated harvest is a vital component of the North American Model of Wildlife Conservation. Working with public entities and private landowners, it is an effective tool to ensure species numbers can be kept at balanced and sustainable levels. Carrying capacity of habitat, regulated sex ratios and objectives for quantity and quality of individual animals of varying species can be achieved by allowing sportsmen to participate in on-the-ground conservation.

Hunting and fishing provide most of the funding for wildlife conservation in America. Hunting revenue can also incentivize landowners to provide and manage quality habitat for deer, elk, moose and other wildlife species.

Wild game thrives in managed landscapes. Proactive management can ensure balanced management for both game and non-game species while also protecting the various components that allow habitats to thrive. In many areas, understanding the need for responsible forestry and range management is imperative to ensure habitats work for wildlife. Sportsmen understand these needs.

Efforts to block active management of landscapes can lead to loss of natural mosaics, decreased food production for wildlife, impacts to watersheds, proliferation of invasive vegetative species and catastrophic wildfires.

Historically, bison, elk and other large ungulates once “tilled” the soil as they moved and grazed across American landscapes. Plowing the soil can be an important plant-succession management tool to promote the growth of desirable forbs and other wild foods. Planting of native grasses and forbs can improve landscapes. Food plots and agricultural management practices can dramatically increase the amount of food available for wildlife species. Wild game grazing can help reduce thatch and old growth, effectively stimulating productive new growth and greater plant diversity. Responsible practices should be aimed at improving habitat for wildlife while assessing impacts on desirable native vegetation.

The natural fire-cycle has been an integral part of the evolution of plant communities and wildlife habitats in America. Disruption of the natural fire-cycle combined with diminished forestry harvest has substantially diminished natural mosaics important to wildlife populations. The introduction of woody species, native and more particularly non-native, can result in closed canopies and impassible thickets. Management practices can restore natural mosaics in ways that help minimize catastrophic wildfires. Prescribed “cool-season” fires and targeted mechanical removals can revitalize wild habitats, improving productivity and vibrancy of ecosystems. Combined with targeted reseeding and planting of native vegetations, fire can be an important tool to both control invasive species while also allowing desired revegetation of treated areas.